The oxide film which forms naturally on the surface of exposed aluminium provides excellent resistance to corrosion. The controlled application of a protective oxide layer by electrolysis known as anodizing makes full use of this property. However, most of the compounds formed on the surface of bare aluminium by the action of the elements contained in the atmosphere have a high ohmic resistance. It is usually achieved by the use of a steel wire brush. The results can be readily seen as the translucent film is dislodged. the cleaned surface should be immediately protected from further oxidation by applying a grease based compound. We recommend the use of ‘JOINTSEAL’ electrical compound which is formulated by blending fine zinc particles with a lithium base grease. This will effectively seal the cleaned surface and prevent further oxidation. Under contact pressure the fine zinc particles provide a series of current carrying bridges between the aluminium conductor and its mating surface therefore ensuring high electrical conductively. JOINTSEAL electrical compound is readily workable over a wide temperature range and is recommended whenever aluminium forms part of a connection. 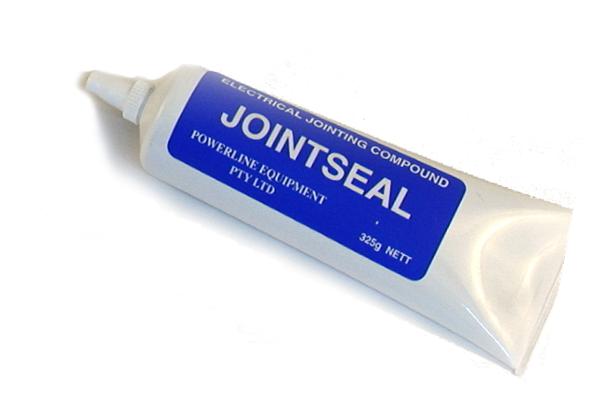